There are a few different tests of air cleaners that could get best in test but the common denominator is that everyone focuses on Clean Air Delivery Rate – CADR. The test measures how much clean air passes through the air purifier. The result is then often converted into a recommendation on how large a room the air cleaner can be used in. Clean Air Delivery Rate was developed in the 1980s by the Association of Home Appliance Manufacturers (AHAM) and is an organization that represents home appliance manufacturers.

CADR is basically a reflection of the air flow (cubic feet per minute – CFM) through a filter that is able to separate the larger air pollutants – dust, pollen and smoke. So if an air purifier has a maximum airflow of 200 cubic feet per minute and separates enough particles, CADR will be 200. If the air filter has 200 CFM and only 75% efficiency, CADR would be 150. This is unlikely for all manufacturers of just slightly better air cleaners for those meets all the rather low requirements for separation, so it is defaco about how big the air flow is. The maximum rating is 450 cubic feet per minute or 765 cubic meters per hour. This number is then converted into a recommendation on how large a room the air purifier is suitable for.

Physically, a filter works so that the higher the quality of the filter, the more difficult it becomes to force air through the filter and the air cleaner – the pressure drop increases. Since it is air flow that is rewarded rather than filter quality, there is no point in having a better particle filter, it would only degrade the rating given by AHAM. 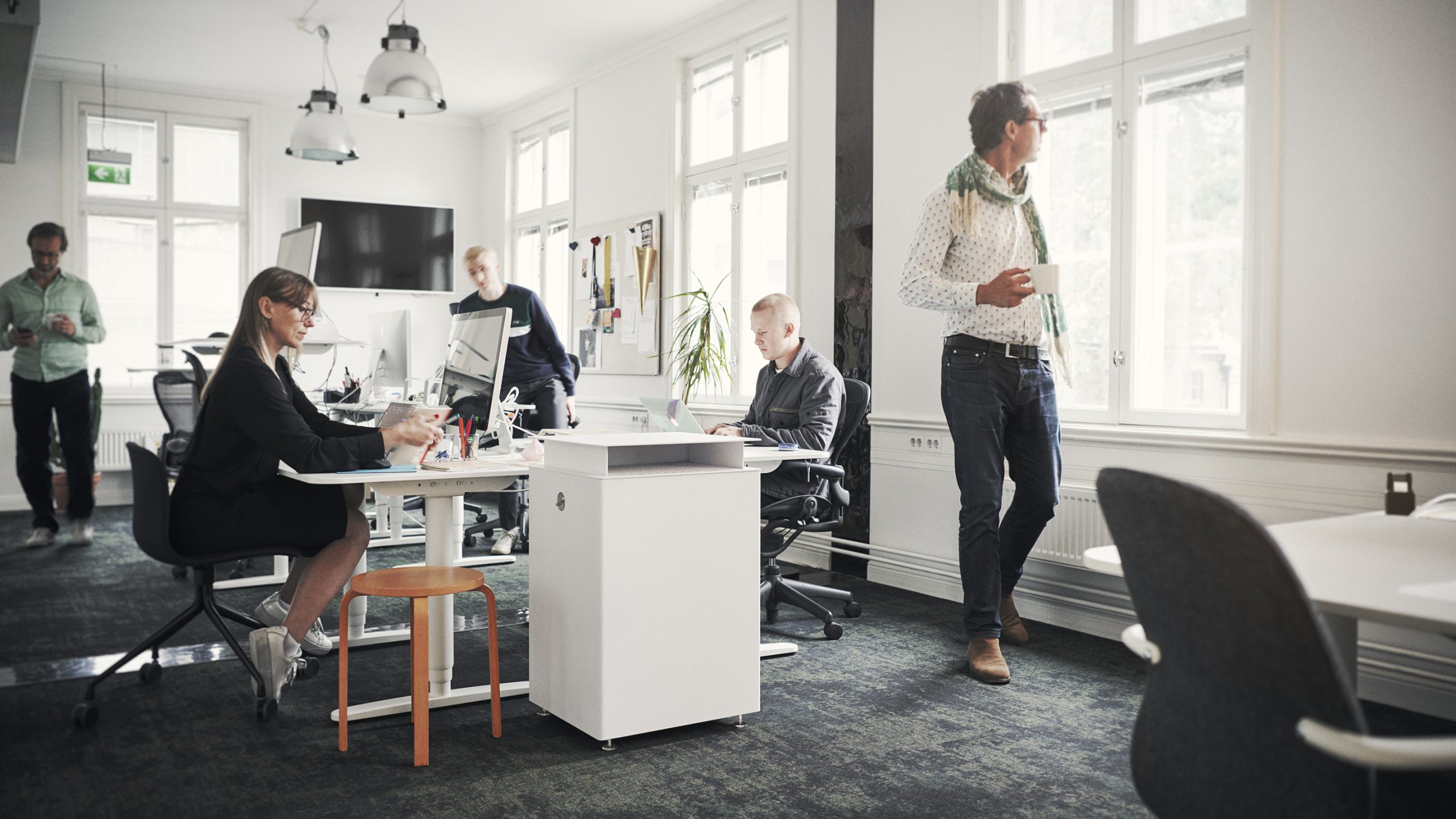 The CADR test does not include the cleaning of the ultrafine particles. Viruses, for example, are smaller than what AHAM measures. Livsdal has chosen to have EN1822-certified HEPA 13 filters that captures particles down to 0.005 microns, ie also viruses. A filter of that quality has about four times greater pressure drop than the simpler filters that most air purifiers use, which means that Livsdal is only in the barrel when it comes to a CADR test.

An interesting misconception that is also spread on AHAM’s website is that HEPA filters only take particles down to 0.3 microns. A proper HEPA18 filter certified according to EN1822 captures 100% of particles down to 0.005 microns. At 0.3 microns, HEPA filters have their worst separation ability and for example a HEPA 13 captures “only” 99.97% of all particles at this size. Both larger and smaller particles are separated to 100%. This misconception can be found in lots of texts.

Another problem with the CADR test is that it does not include particles in gaseous form, ie for example car exhaust fumes, odors or VOCs. These pollutants are very common in indoor air and are far more numerous and dangerous than the larger particles but can be captured by air cleaners that use carbon filters.

Livsdal has 6-12 kilos of activated carbon. Thus, the capture of gases is not included in a CADR test at all. The only thing the carbon filters “contribute” to the test is that they increase the pressure drop further so that it becomes twice as difficult to circulate the air through the air purifier. And thus further degrades a result in a CADR test.

If Livsdal’s air cleaners were to be included in a CADR test, then its filter capacity and exceptional ability to capture the small and more hazardous particles would only mean that Livsdal gets a worse test result. 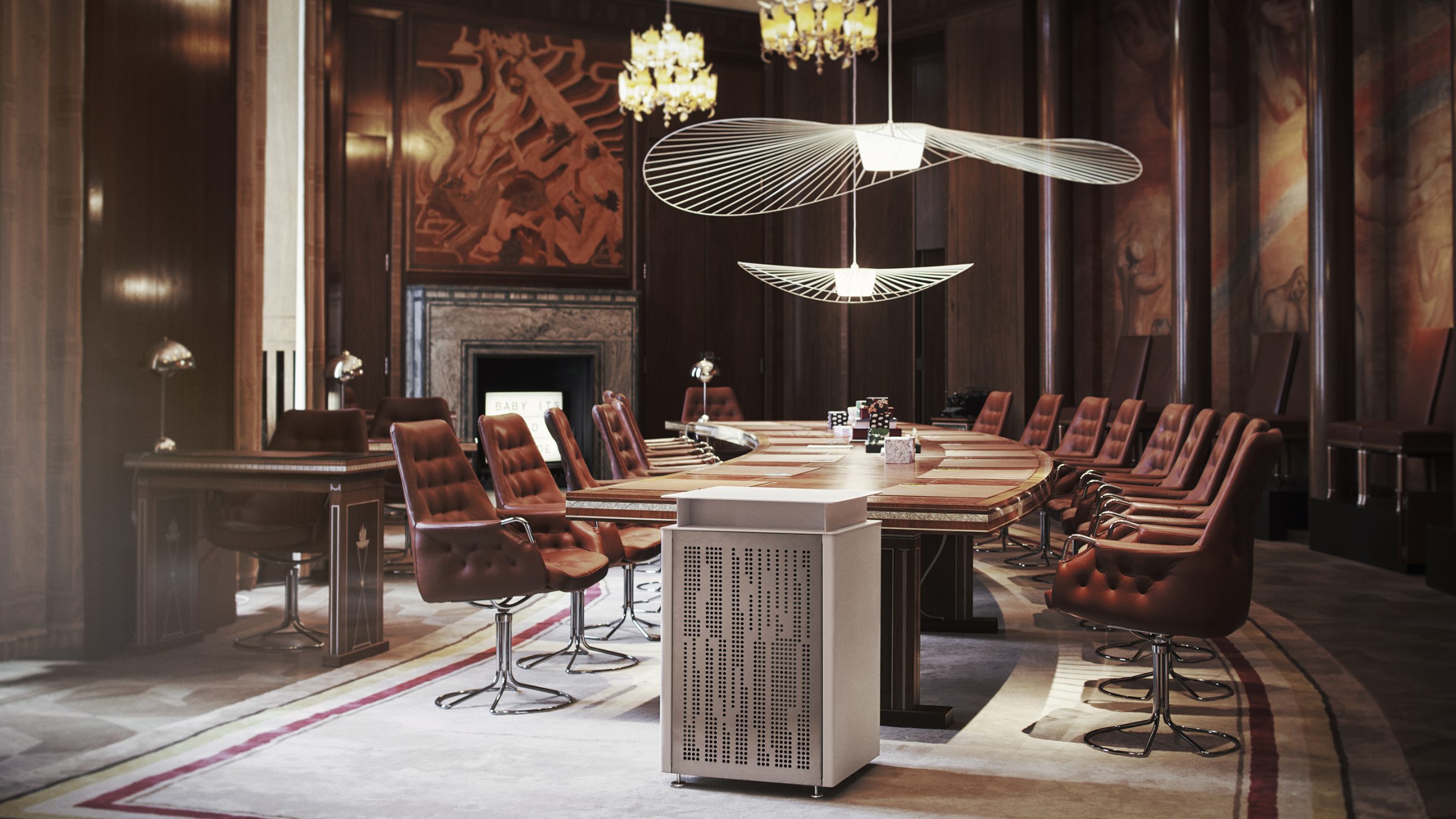 As if this were not enough, AHAM tests the air purifiers at its maximum capacity, ie when it also sounds the most. This can be at as much as 50-60 decibels. Of course, no one would use an air cleaner if it sounded like a vacuum cleaner all the time. An air purifier cannot be used at its maximum capacity as it must be on continuously, day and night where people sleep or work. Up to 45 decibels is a healthy sound level, which is why Livsdal has made sure to maximize its efficiency at this sound level. In addition, Livsdal has designed the sound so that it is not a high-frequency howling sound but a pleasant sound reminiscent of an ocean breeze.

A CADR test thus says nothing about its ability to capture the more harmful air pollutants and they measure at a noise level that no one will use it at. Therefore, Livsdal has chosen not to take part in any CADR test. That would be completely misleading. Several other manufacturers of premium air cleaners have also chosen not to test their air purifiers in CADR tests.

How could it have been so wrong? When, for example, Testfakta in December 2020 conducts a test of several air cleaners and awards on the title best in test, they write “To find out if the manufacturers live up to the basic requirements, Testfakta Research has on behalf of the manufacturer Blueair conducted a comparative laboratory test of air purifiers in the Nordic and British markets”. The test is designed with AHAM’s CADR test as a basis with some variations. Of course so that the test suit the client. Which was Blueair. Best in test will of course be Blueair and its air purifier of course has relatively simple filters that create minimal pressure drop together with a powerful fan that forces a lot of air and with a relatively loud noice. The same applies to all tests, regardless of whether it is Råd & Rön, Wirecutter, Consumer Reports etc. 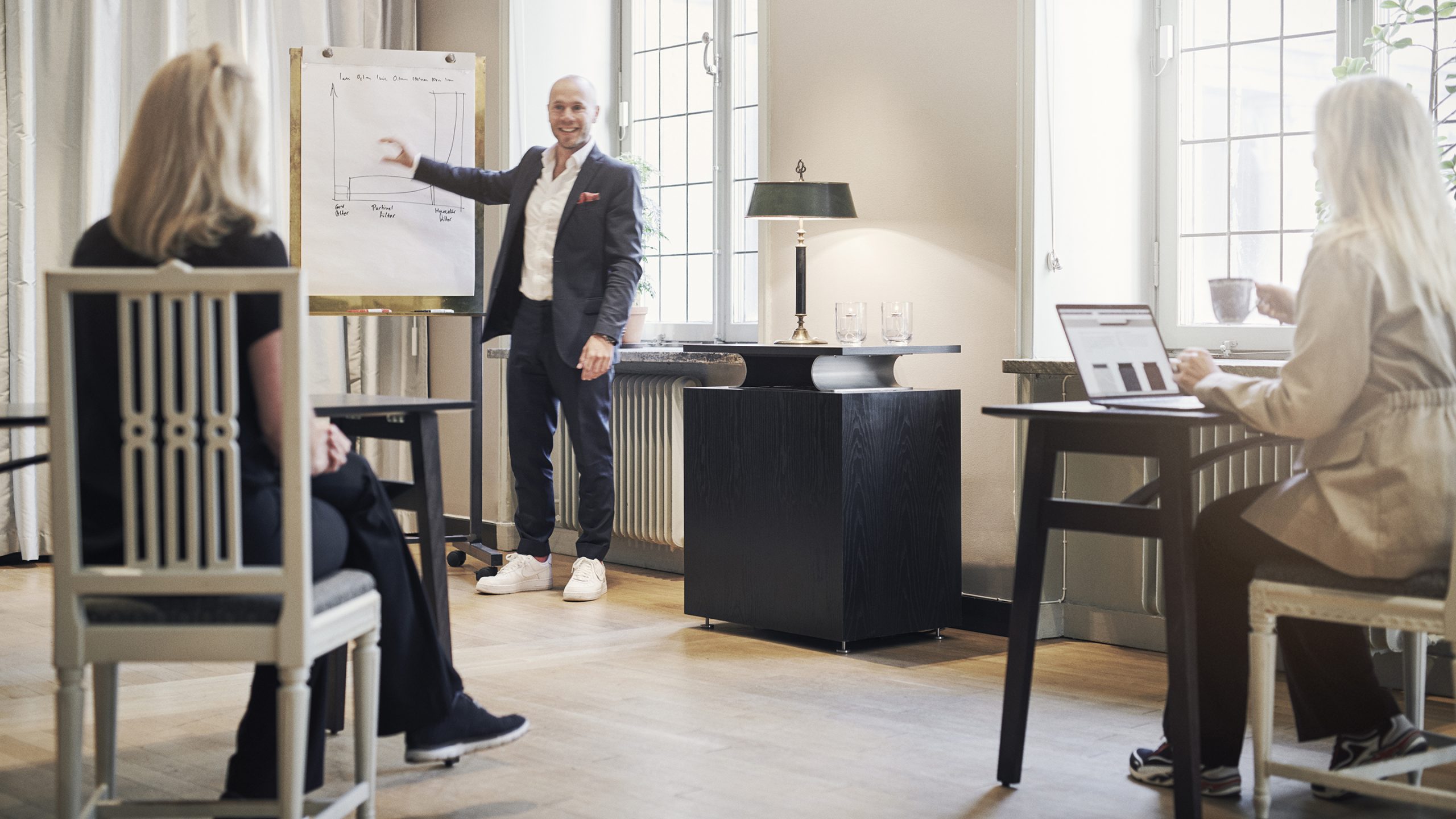 As if this were not enough, AHAM and other CADR tests do not take into account whether the air cleaner uses ionization or other hazardous technologies. Ionization makes the particles static so that they clump together and stick to different surfaces. Just like when you rub a balloon against the clothes, the balloon and the particles get stuck in the ceiling or on other surfaces. The purifying with an electrostatic air cleaner thus takes place not only in the filters but here and there in a room.

Ionization also disrupts both DNA and RNA and has the side effect of creating the toxic and cancerogenic gas ozone. This is the reason why all air purifiers seemingly unannounced say that they do not emit any ozone. Or what most manufacturers say but what they mean is that they stick to low amounts of emitted ozone or below certain limit values ​​that exist in certain markets. Another side effect of ionization is that it causes, for example, electronics to oxidize.

A mechanical air cleaner with only physical filters without ionization or any other additional technology must therefore also separate all air pollution in its filters and get no “help” from the particles ending up on tables, sofas, walls and people. Another factor that the CADR test does not take into account.

Why are harmful techniques used as ionization? Well, because you can have much simpler and cheaper filters in an air purifier and still get the best in test in AHAM’s CADR test. 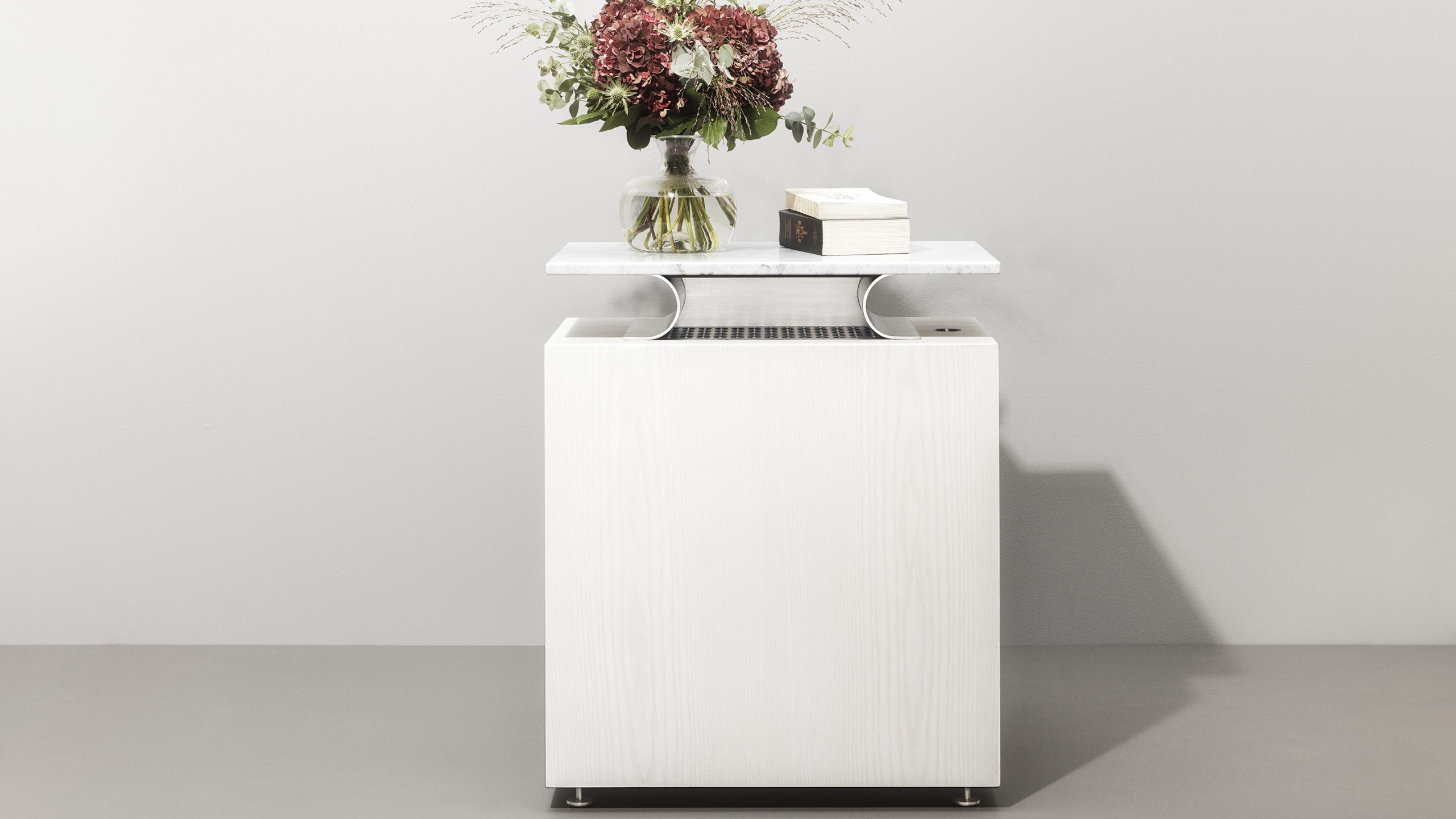 The term HEPA-filter has for many become synonymous with high quality filters. But the abbreviation HEPA is not protected. All manufacturers with any type of filter can write that they use a HEPA filter. Which very many do without having a real HEPA-filter. For a filter to be a HEPA filter, it must be certified according to EN1822.

Each genuine HEPA filter is tested and certified according to the CGMP standard and individually tested according to EN 1822 for airflow, resistance and efficiency and receives a unique ID on the filter for traceability. That is, there is a unique ID and a test protocol for each filter.

If the manufacturer does not communicate that the filter is certified according to EN1822, it is not a real HEPA filter but can be a filter of any quality.

Blueair says for example, that they have HEPAsilent filters. This is not a HEPA filter certified according to EN1822. IQAir does not use certified HEPA filters either. They call their filters HyperHEPA.

As a curiosity, it can be mentioned that of course vacuum cleaners do not have real HEPA filters certified according to EN1822. That would be far too costly.

If a test was instead designed so that it reflected the air purifier’s ability, to separate the most harmful particles and gases at a healthy sound level, then Livsdal’s air cleaners would get the best in tests and completely different air purifiers than today would be test winners.

Until an independent test is created that is not designed by any manufacturer in the industry, there will only be more or less (so far only less) good tests of air purifiers and the test winner will of course be the one who ordered and payed for the test.